When I was 17 years old, I was in a car accident that put me in a wheelchair. From that time forward, I lived a life worthy of a Hollywood movie—with luxury limousines, caviar, truffles and champagne, cocaine, and wild party nights.

As a tax accountant, I was second to none when it came to multiplying money. Risky financial transactions were often part of my everyday business and were always on the borderline of legality. I was constantly trying to keep the tax authorities, my wife, and the police from finding out. In the beginning, though, I was a successful and sought-after accountant working for the Munich jet set. In spite of my wheelchair, I managed to get all the way to the top and even became a consul for the Republic of Panama. Later, I came more and more into conflict with the law and lived by my motto: “As long as nobody knows about my Swiss bank account, I am a moralist.”

Today, in retrospect, I can say that those were “brutally ethical blackouts,” and I would briefly summarize the first part of my life with the words, “greed consumes the brain.”

My life was a mix of appearance and reality, and I could live just fine with that: Josef Müller, the vibrant dreadnought, the “fear nothing” guy, the muscle man in the wheelchair who had shown everybody up.

Among the rich and beautiful

Secretly, many were whispering that I was the best when it came to multiplying money. My reputation preceded me: The Munich in-crowd entrusted their money to me, without asking for any securities at all. The greed of my overly rich clients drove me, and my own greed and insatiability fueled my business practices, which became increasingly dubious.

I was even entrusted with millions and millions in black money, for instance, from “Bruce,” who I later found out was a Mafia gangster in the gun running and drug milieu. I transported 40 million dollars in cash in hard-top suitcases from the USA to Germany, where I planned to invest and multiply it. I knew no borders: Despite my wheelchair, I soon found myself in the milieu of the drug lords and financial criminals, who turned me into their henchman.

“Occasionally I felt a deep yearning—but what was I  yearning for?”

“Occasionally I felt a deep yearning in my heart— but what was I yearning for? I had everything: beautiful girlfriends, posh apartments and houses, a yacht at Lake Garda, luxury cars, domestic servants… I only had to snap my fingers, and my wishes would be fulfilled. However, on occasion, when I allowed my “loud life” to quiet down a little, I felt this yearning very strongly. Nevertheless, I learned how to cover up these feelings quite skillfully. What was a yearning for? Where was this hole of emptiness coming from, which seemed to be getting bigger all the time? I tried everything to fill it, but nothing worked. It was only later that I had success, but in a way I hadn’t expected.

Then it happened: When my only long-time friend gravely cheated and deceived me, and because of this criminal conduct I was placed on the wanted list of the Office of Criminal Investigation, my life made a U-turn—a full and unexpected reversal. A spectacular flight—in which I was able to give the Office of Criminal Investigation and the FBI the runaround for almost six months (based loosely on the motto “Catch me if you can”)—heralded the end to the era of my being the “show-off consul.” Finally, I was put in prison. Five and a half years in the Munich-Stadelheim prison ended my life of luxury. During this time in prison, where all my previous life’s activities were placed on hold, I had the opportunity to allow this yearning to develop and ultimately to “identify” it.

On the verge of a breakthrough

It all began during my flight attempt in Miami. A slip of paper fell into my hands with the following words written on it: “Have I not given you your orders? Take heart and be strong; have no fear and do not be troubled; for the Lord your God is with you wherever you go.” It was Joshua 1:9, a verse from the Bible. That was the first time in my life a sentence from the Bible had spoken to me like that. It was strangely alluring to me, and it gave me incredible strength. I read the verse four to five times a day, and each time it gave me an enormous boost of strength and power. A few weeks later—I was already in prison in Vienna—my eyes fell on a well-thumbed book at the prison library with the title “New Life.” New life, now that was something I really needed! And so I began to flip through its pages. It was the New Testament.

When I was transferred to Munich, I took the book with me, but I soon passed it on to a fellow inmate. The following day, however, this inmate was moved to another facility. When I walked by his cell, it was clean and empty, except for this book, which lay strangely enough in the corner of the cell. I thought, “It seems to be following me around,” so I took the book with me and began to read it. The effect it had on me was mind-blowing. For the first time in my life, I recognized that my previous way of life had been very wrong. I had hurt many people and had piled an immense amount of guilt upon myself.

For three days, I went to a very deep, dark place in my soul. Finally, I reached a point where I decided to give my life over to the one who said of himself, “I came to seek and to save that which was lost,” and “whoever comes to me I will in no wise cast out.” I spoke these words: “Jesus, here’s my life, you can have it. If you can fix up this broken pile of junk, have fun with it!”

I had expected something phenomenal to happen. At least, thunder and lightning could have hit my cell as a sign of his approval. But nothing happened. Not immediately anyway.

However, two days later I woke up and could hardly believe it! Peace and joy flowed through me with an intensity I had never felt before. And I knew beyond the shadow of a doubt that I had received a brand-new life! My joy was so great that my fellow inmates began asking the prison doctor for the happy energy pills he apparently had administered to me! It is difficult to explain it to someone who has not yet had this experience, but I knew at that moment that God himself—the creator of the universe—loved me, just because I existed. For that reason alone! Not because of the luxury, the cars, the yacht, the women, or the money. Only people were interested in those things. How did I know that? Jesus said, “Whoever sees me sees the very nature of God.” And suddenly, this declaration, along with the many other statements in the Bible, became an irrefutable certainty on the inside of me.

Now I really wanted to get to know this Jesus! The Evangelical Alliance provided me with a scholarship to the BFU, a theological correspondence school. My studies lasted for the duration of my stay in prison, and when I was released in August 2010—after five and a half years of detention—I had become a completely new person. I had lost 80 pounds, but my identity was no longer dependent on people, but rather on God, and I was happy and free. Inwardly free! I had never experienced that in my entire life, since none of my wealth or luxury could afford me this freedom. It was a joy and happiness of the superlative kind, which came from the life-change that resulted from me realizing who this Jesus really is.

My experiences in prison, the way I look back today at my actions, the dramatic turnaround my life suddenly took, and the realization that every person can receive a new and purposeful life—all these thoughts kept circling in my head. I was restless. So I recorded all of these experiences in a book (Ziemlich bester Schurke – wie ich immer reicher wurde, fontis Verlag CH). Now I travel extensively throughout all the German-speaking countries, and tell my life’s story, “preach” against greed, and explain to my listeners how they can find true wealth and a burning motivation for their lives.

Most of all I enjoy telling people I encounter in my daily business dealings about this good news. I like conveying to them the almost fully forgotten message of the gospel of Jesus Christ that leads to a truly purposeful life—a life full of power, freedom, and happiness. 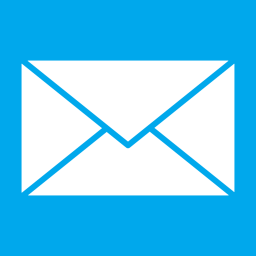